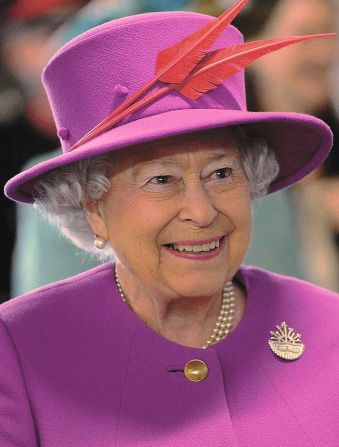 Over a stack of particularly messy Mexican food, my son watched his whole taco crumble into little pieces when he bit into a crunchy shell.  He grabbed his fork and began to dig into the remnants on his plate.  It looked somewhat like a cheetah on fresh kill.

He looked up and asked, “I wonder… does the Queen of England eats tacos?”  Without hesitation, my wife replied, “I bet she doesn’t!”

Dignity is important as a leader.  Sometimes it is out and out critical.  You want your Team to be proud of you out and to see you as the example.  If you have tacos smeared all over your face at the company picnic, you can look like a fool. 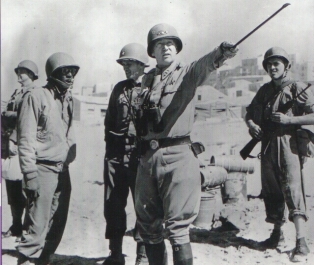 On the other side of the coin, General George S. Patton has the opposite reputation.  During Patton’s rapid advance across Europe in 1944, his 3rd army was continually stopped by small clogs in the transportation flow.  When his column of tanks slowed, he would get in his souped up jeep and ride out to the choke point.  In one instance, two donkeys would not move off a bridge, stopping a whole column of armored vehicles and men.  He rode up to the bridge, shot the donkeys himself and had them thrown over the side to clear the road.

On another occasion, he rode to the middle of a muddy traffic jam and climbed on top of a 50 gallon drum and directed the movement of vehicles like a traffic cop.  Patton would slog through the mud during a long march, he would shoot at the enemy and spent time in dangerous forward positions during battle.

Patton said, “Always do everything you ask of those you command”.  I bet that Patton would have no problem eating a bunch of messy tacos in front of his troops.

A leadership title is bestowed, but the right to lead is earned. Be what your Team needs. The queen has her place and a leader like Patton had his.  Sometimes it is “pinkies up” and sometimes it means getting muddy on the march.  As a leader it is important to know what the situation calls for and to be aware of how your Team perceives you.  Don’t be afraid to scarf down a taco.  It may give you the right to lead in the eyes of your Team.